For the first time in Sweden, Flygfesten invites you to a spectacular air show during the evening. You will experience twilight airshows with fireworks, visit our dance floor and beer tent or see some of our live performances. This will be an evening to remember!

Weekend ticket valid for all entrance during the weekend

*Entrance for Friday valid until 1:00 AM 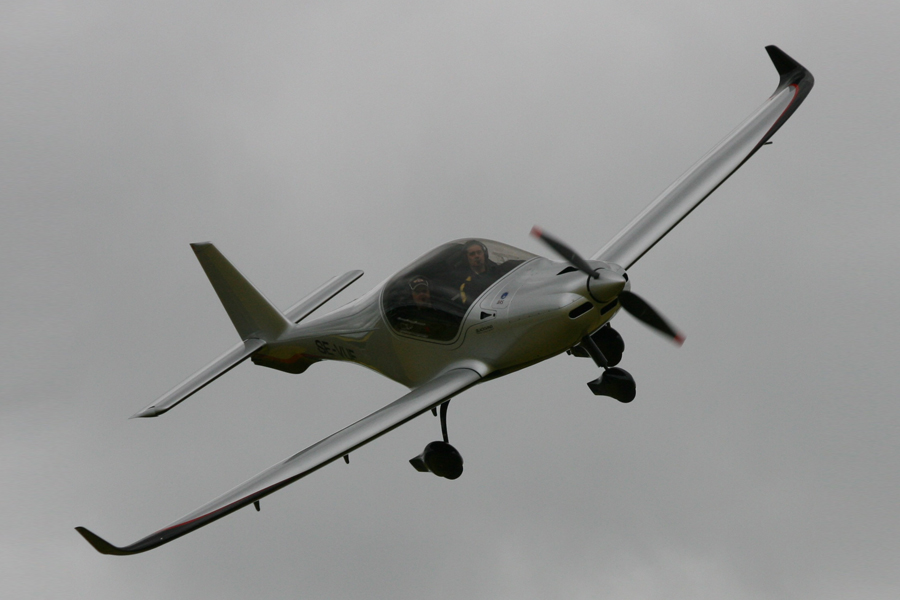 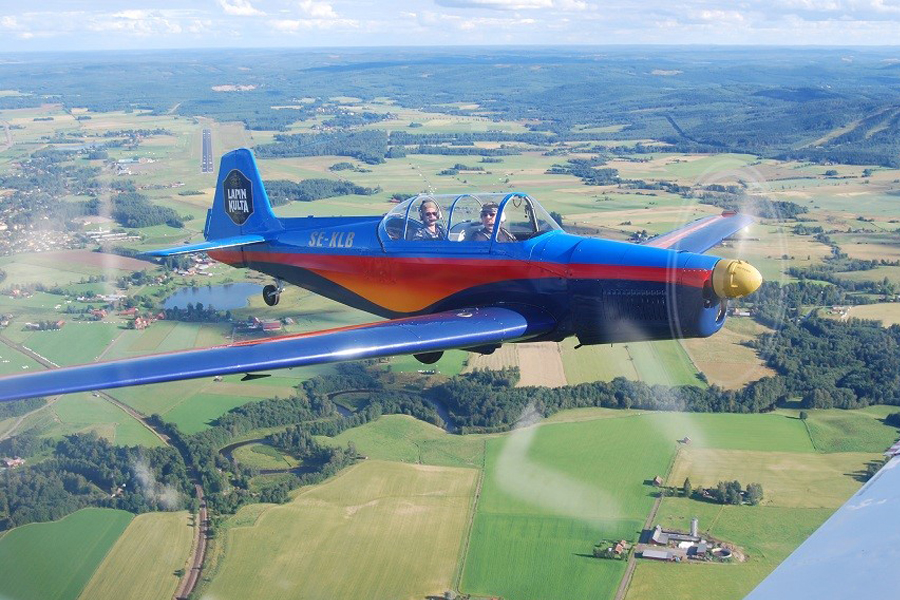 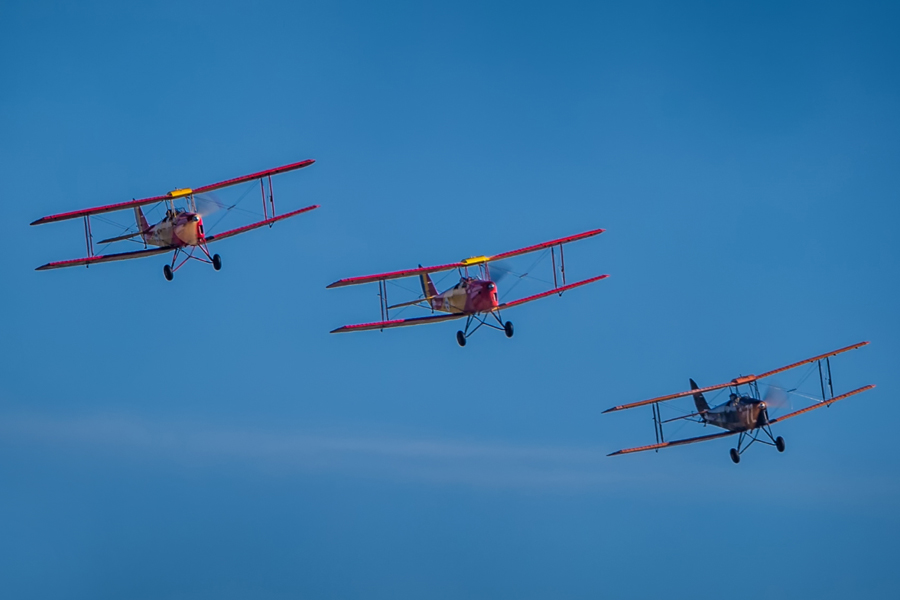 de Havilland Tiger Moth is a two-seater English biplane designed in the 1930s for use as a school airplane. The aircraft operated in many countries' air force until the 1950s, and still many operates privately. At Flygfesten we will see a group of three Tiger Moth's! 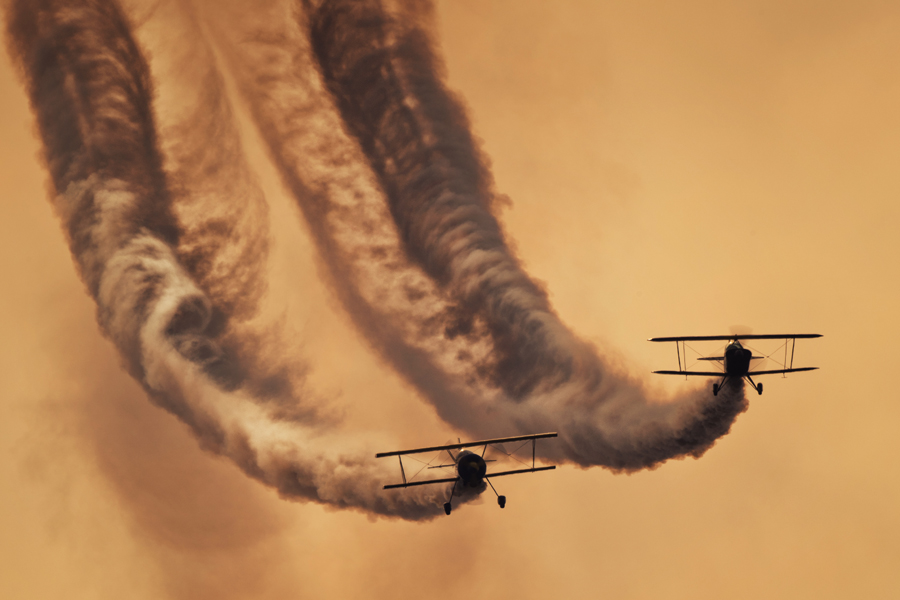 Scandinavian Airshows puts their amazing aircraft Thor and the Pitts S2B in a classic advanced aerobatic display with smoke system into their natural element. In a freestyle, the air show public is invited to watch a 3D gyroscopic aerobatic show with a lot of smoke and manoeuvres in two ship formation. They will perform both on Friday's evening airshow and Saturday and Sundays airshow. 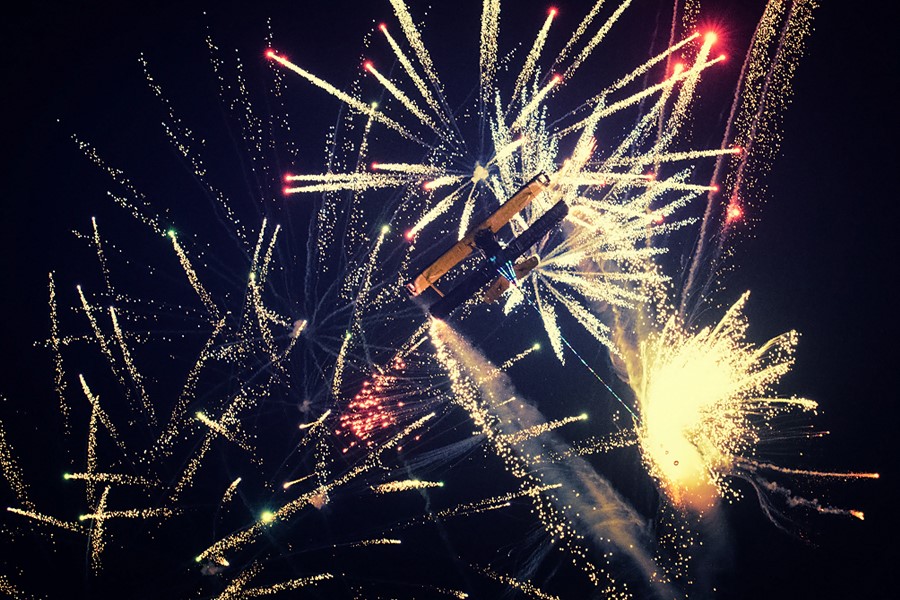 Scandinavian Airshow presents its world unique, breathtaking and exclusive L.L.P. (led-laser-pyro)night show. The flight display, light & pyro is synchronized to music and with a pyro/ laser show it will be a night to remember! 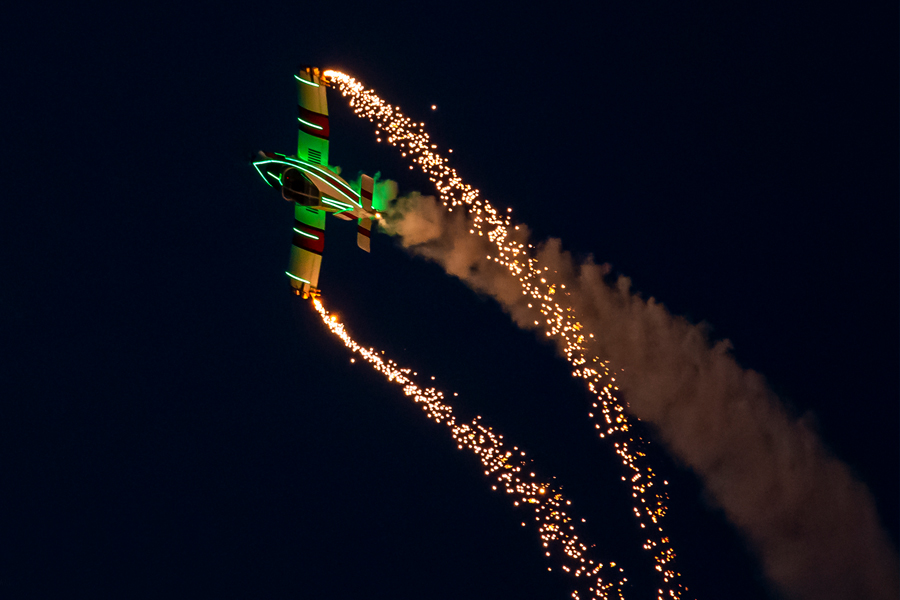 Johan Gustafsson Airshow's latest addition to the 2018 Airshow season is his Thorp T18, which is specially designed for evening shows with LED lighting, and of course he will perform with his Thorp T18 at Flygfesten. Johan is world champions in advanced glider aerobatics, but now he shows what he is doing with his new engine airplane! 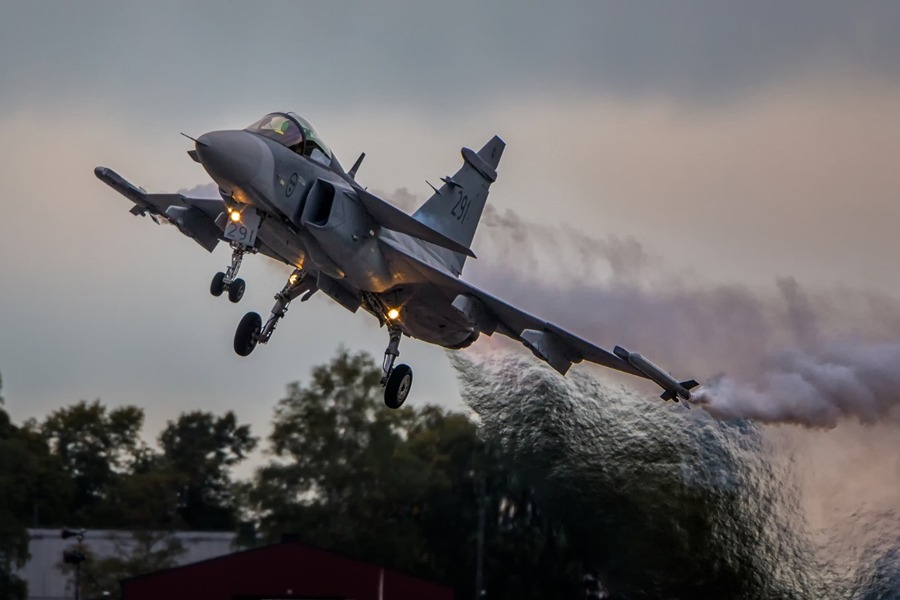 You haven’t missed that JAS 39 from the Swedish Air Force will come to Flygfesten and do a spectacular airshow with JAS 39 Gripen?! In addition to Saturday and Sunday's airshow, Gripen also flies on Friday evening's air show. Do not miss the chance to see Gripen ignite EBK in the dusk. 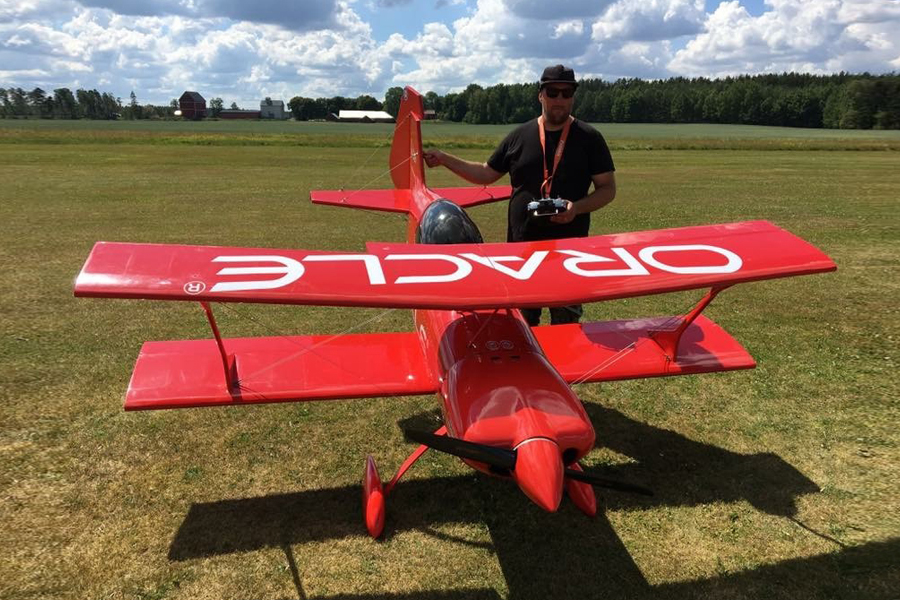 Daniel Casselby is multiple Nordic champion in RC planes. At Flygfesten, he flies his Pitts Challenger II in a half-scale. It is a wooden building kit from Germany. With an engine of 20-horsepower and 14 servons and weight of 25 kg, he controls his model aircraft from the back in various acrobatic maneuvers. 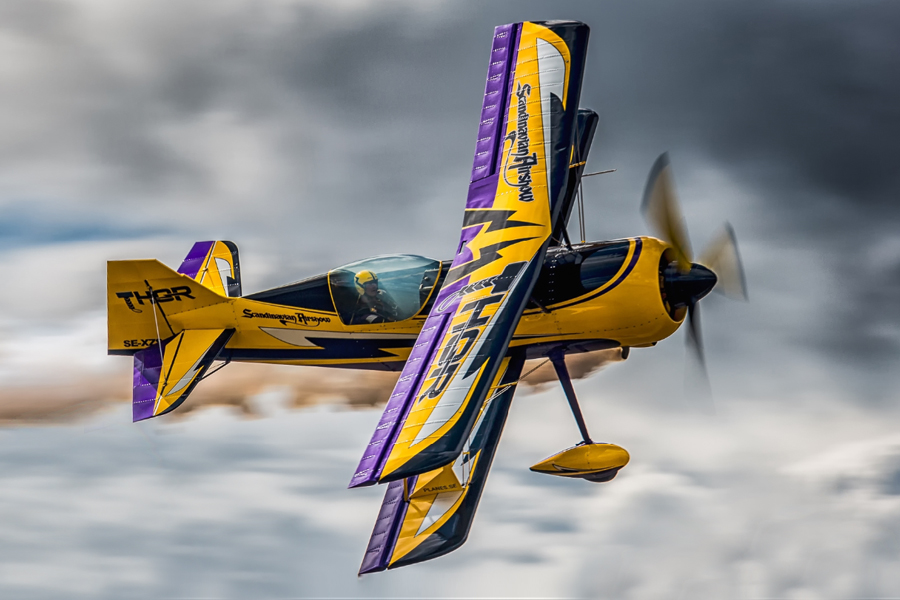 Scandinavian Airshows and Jacob Holländer presents one of the world's most powerful air show aerobatic biplanes - THOR. Airshow pilot Jacob Holländer puts this amazing aircraft into its natural element. The air show public is invited to watch a 3D gyroscopic aerobatic show with a lot of smoke and manoeuvres, to mention something. 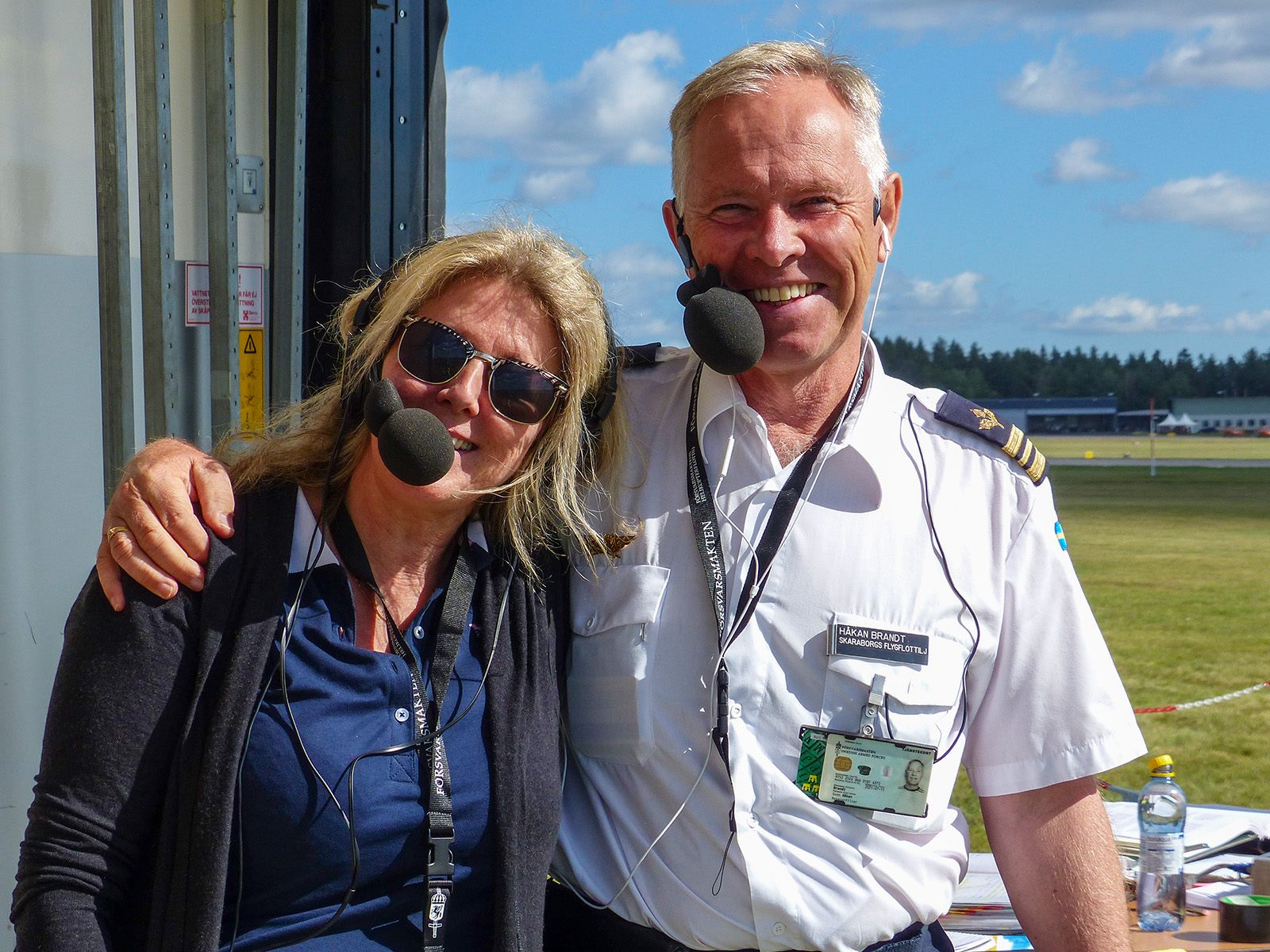 Håkan and Jasmine, speaker duo of Flygfesten. They guide us throughout the whole weekend and with their 86 years of combined flying experience with both military and civil background it's easy to keep up. 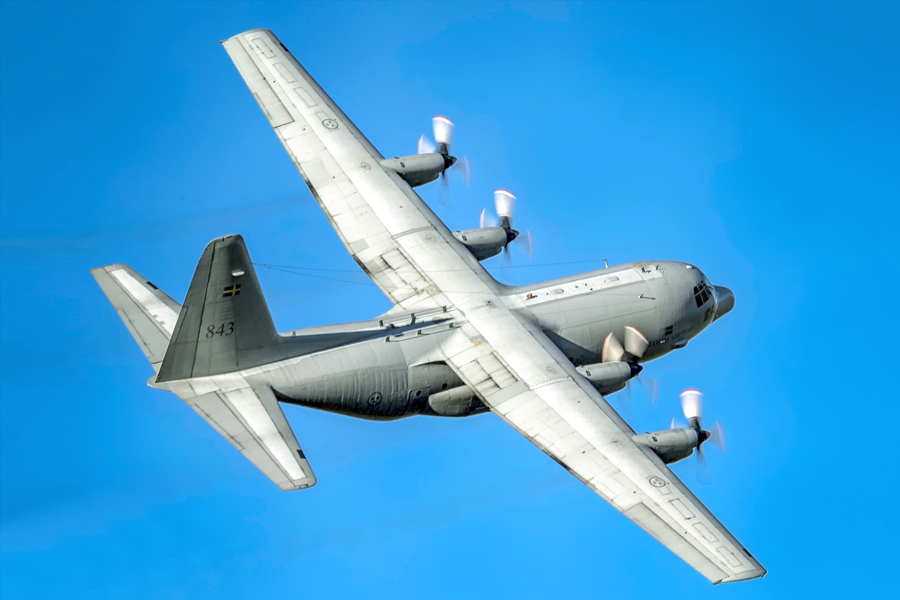 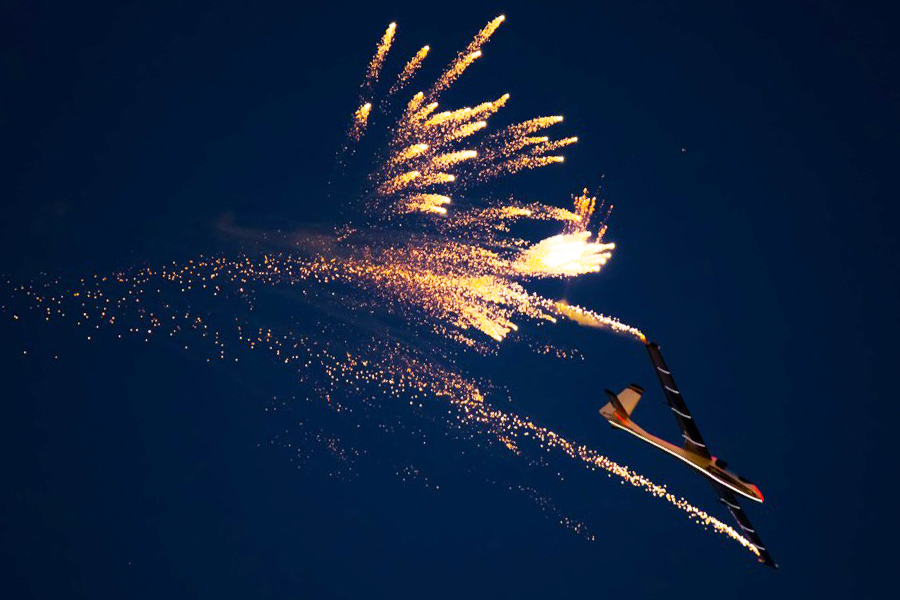 Do not miss Friday's airshow!
Except Saturdays and Sunday's airshow Johan Gustafsson flies on Friday evening airshow with his SZD-59 ACRO. Johan has become famous around the world for his outstanding glider aerobatic airshows. You will see a very nice evening airshow performance by Johan in Dala-Järna which also is his home base. Johan is two time world champion in Advanced Glider aerobatics. 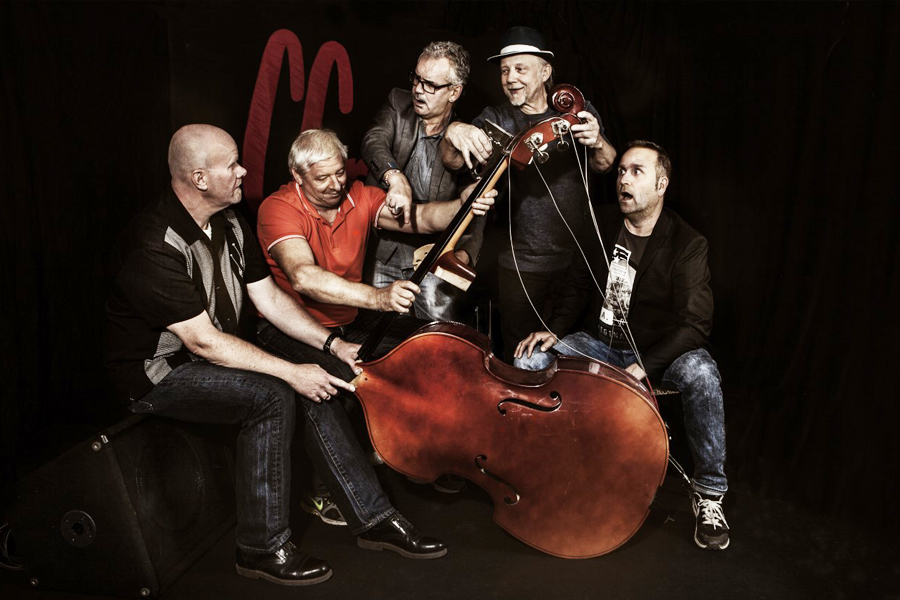 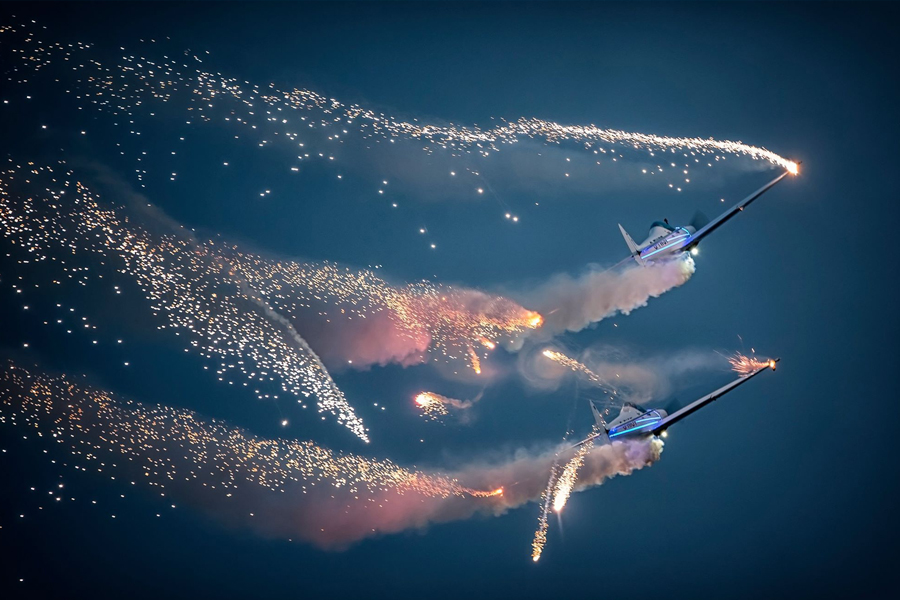 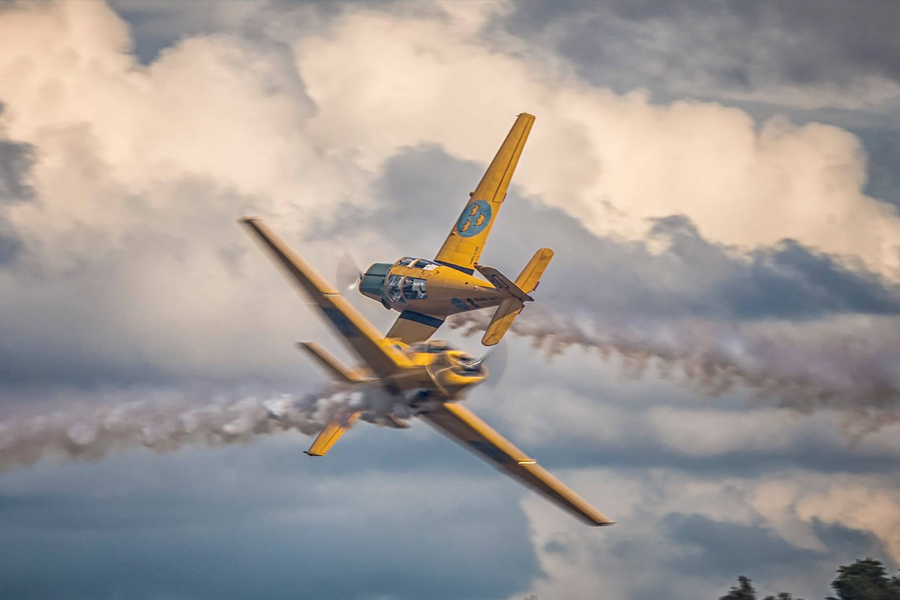 TEAM 50 is a Swedish civil aviation group founded in 2012, consisting of the airshow pilots Niklas Eriksson, Tord Grönvik, Curt Cronerud, Alf Ingesson-Thoor and Tommy Hansson. The group flies SAAB Safir, both individually and in formation 2, 3, or 4-group. The airplane SAAB Safir was used by the Swedish Air Force as a school, training, transport and reconnaissance airplane between 1946 and 1993. During the cold war, the Swedish Air Force grew a lot, and the need for more pilots required new demands on a new school airplane. In 1952, Bücker Bü 181 Bestmann was replaced with SAAB Safir as a school airplane and received the military designation SK 50. The aircraft are historically painted and labeled as they once appeared when used in the Swedish Air Force. The name "TEAM 50" is a combination of the military designation SK 50 and "team" - "TEAM 50".
At Flygfesten they fly both Friday's evening show and Saturday and Sunday's airshow! 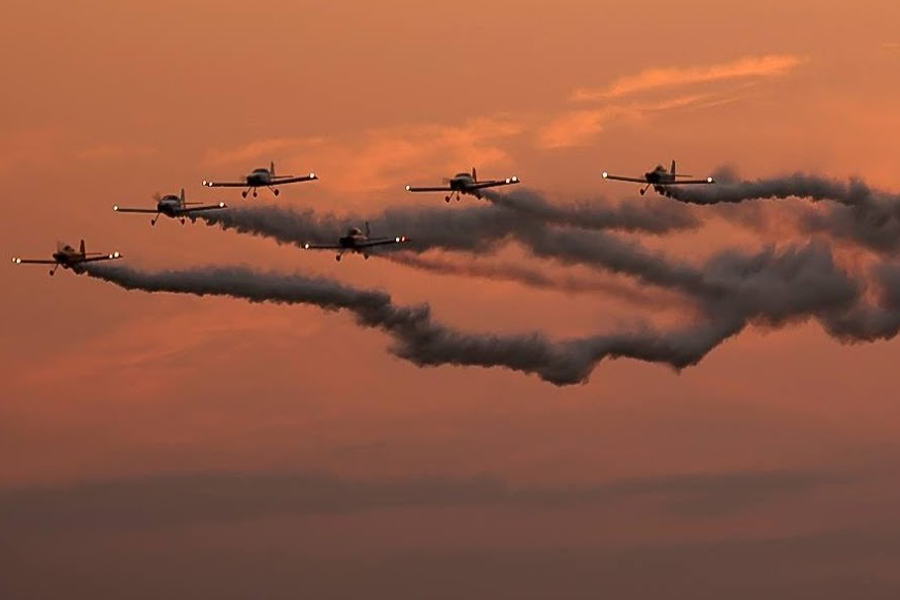 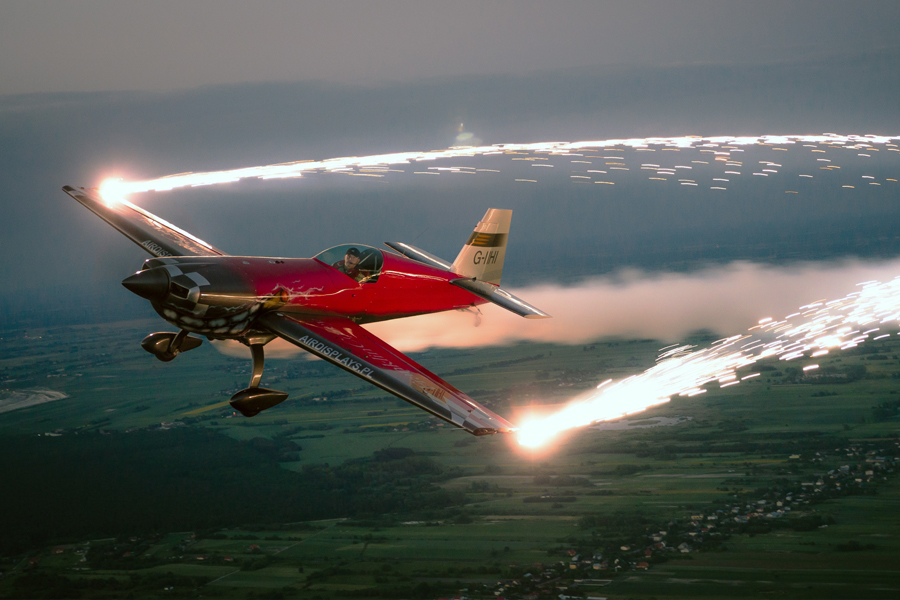 Marek Choim from Poland, will participate at Flygfesten, in Dala-Järna, Sweden! He arrives with his Extra 330SC, one of the world's greatest aerobatic aircrafts. Marek will fly both on Friday evening airshow - with pyrotechnics, and on Saturday's and Sunday's airshow with smoke in the wing tips. 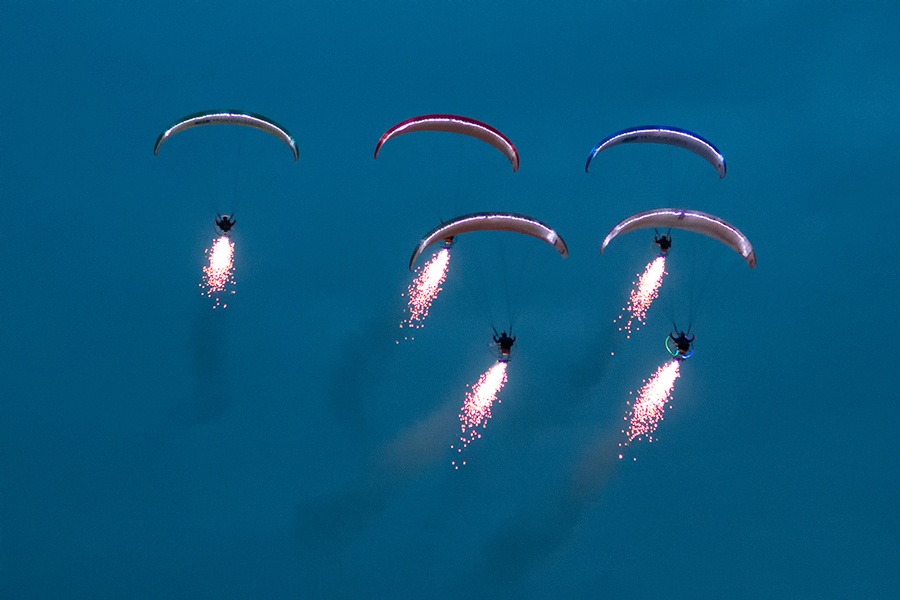 The Flying Dragons Team from Poland; with 6 paramotors they will perform a uniq display on friday evening airshow with pyrotechnics and lights and saturday's and sunday's airshow with smoke and various choreographic maneuvers.